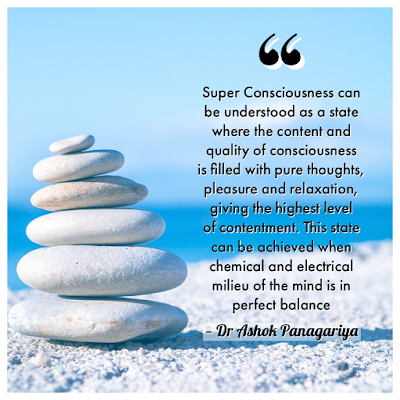 W hat we are living through is an unforeseen period. It is a trying time, both mentally and emotionally. Given the circumstances, it is natural to look for a de-stressing mechanism or turn toward spirituality. The ways in which we choose to do so may be different, but the end goal takes us through the route of ‘consciousness.’  To talk about consciousness is like opening a Pandora’s Box. Generally speaking, it would translate into ‘awareness’, but from a neurological point of view, consciousness would be the state of awareness of the self, environment, and one’s responsiveness to external stimuli and internal needs.  By the neurological benchmark, consciousness has two components — level of consciousness and the content of consciousness, the latter determining the spectrum of enlightenment of an individual. The level of consciousness defines the degree of variation from normal alertness, while the content of consciousness is defined by the quality and coherence of thought and
Post a Comment
Read more

Disease-free isn't the same as happy. Here's why 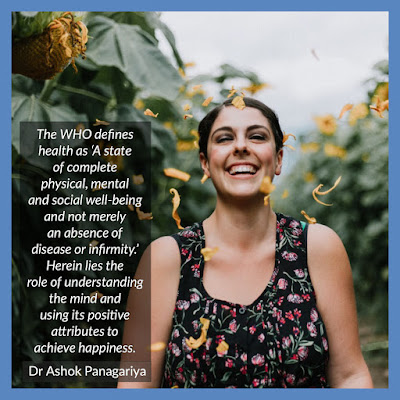 What the current generation is living through is unprecedented in world history. A major part of the population around the world is under lockdown, courtesy the pandemic set in motion by the corona virus (COVID-19). Irrespective of whether an individual is infected or not, most of us have been forced to stay and work from home, unable to step out even for our daily supplies. It isn't surprising that a number of individuals are feeling low and wondering if they are headed toward depression. Does being healthy in body ensure healthy mind and happy spirit? Not necessarily. The World Health Organisation (WHO) defines health as ‘ A state of complete physical, mental and social well-being and not merely an absence of disease or infirmity .’ Herein lies, the role of understanding the mind and using its positive attributes to achieve happiness. Human health has always been the epicentre of debate, not only for medical scientists but also for philosophers and religious lead
Post a Comment
Read more

Men versus Women: What makes their minds tick? 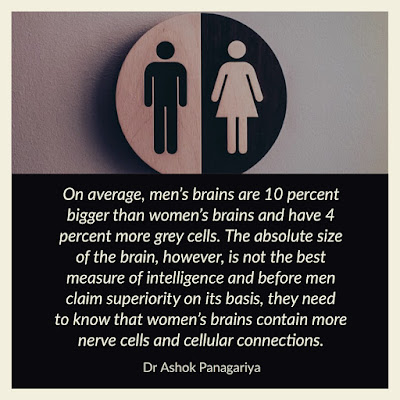 You may have often heard the expression ‘ Men are from Mars and women are from Venus ,’ without reflecting upon its origin. The saying does not necessarily stem from the differences in the physical attributes of the human male and female forms, but has its roots in the way their brains function. Virtues like logic and reasoning are attributed to men, while creativity and empathy are considered synonymous with women. At times, however, you will find women not only participating but standing out in fields considered predominantly male territory. It’s common knowledge that many women display male traits and vice-versa. Therefore, while there are males who have excelled as painters, dancers and cooks, a number of women have also dominated male bastions like administration and politics. People of my age would recollect that Indira Gandhi was considered the only male member in the entire cabinet! More recently, notably over the last couple of decades, the Indian political scenario h
Post a Comment
Read more

Hope rises with Sun in Aries: Turning Point in war against Covid-19 pandemic by April-end 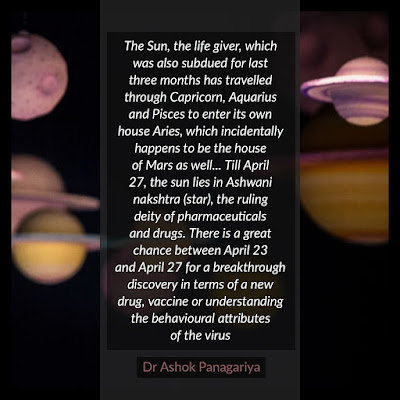 While man was busy conquering nature with his newly acquired powers of biotechnology and information technology, nature decided to test his unchallenged reign of supremacy. The origin of corona virus remains shrouded in mystery, but philosophically it could be looked at as a war against human arrogance and his excesses. This is not the first time when mankind is faced with a threat that has blown into an existential crisis. In ancient India, saints like Augusta and Vishwamitra, armed with their meditative powers and intrinsic wisdom drawn from being one with the universe, had stepped in to save humanity from evil. Many present-day Babas (gurus), on the other hand, are in jail and those with market value are engaged in increasing their ratings by becoming psychotherapists on the electronic media. Incidentally, holy shrines across the world are now closed to believers. The priests with their deities in closed temples are following the advice of the scientists and call of the le
Post a Comment
Read more
More posts

Dr Ashok Panagariya
Presently Professor Emeritus Neurology, a former vice-chancellor, and a Padma awardee, Dr Ashok Panagariya is also a recipient of the prestigious BC Roy award. One of the leading clinicians in Neurology in India, he is known for quick diagnosis, clinical analysis and holistic healing of patients. His motto in life is to help people find health, happiness and longevity by boosting the power of brain, which he insists is the key to changing your personality, and with it, your fortunes. Dr Panagariya is a physician, a mentor, coach and a teacher. He happens to be a strong proponent of cross subsidy in clinical practice, where rich pays for the poor. He straddles the two opposing worlds of science and occult sciences and has been widely published in Indian and international dailies, and has chaired over a 100 medical publications.